Samsung's Black Friday deals have arrived, and one of biggest discounts you can get is for the Galaxy Buds 2 Pro. The wireless earbuds in Bora Purple are currently on sale for $125 at Amazon, 46 percent less than their original price of $230. They'd previously gone for as low as $155 on Prime Day, but this is the lowest price we've seen for them on the website. We called the Galaxy Buds 2 Pro Samsung's best earbuds yet in our review, where we praised them for being more comfortable than their predecessor. They're 15 percent smaller than the company's first flagship earbuds and come with a vent on the inside, leading to a better fit and less pressure on your ears. 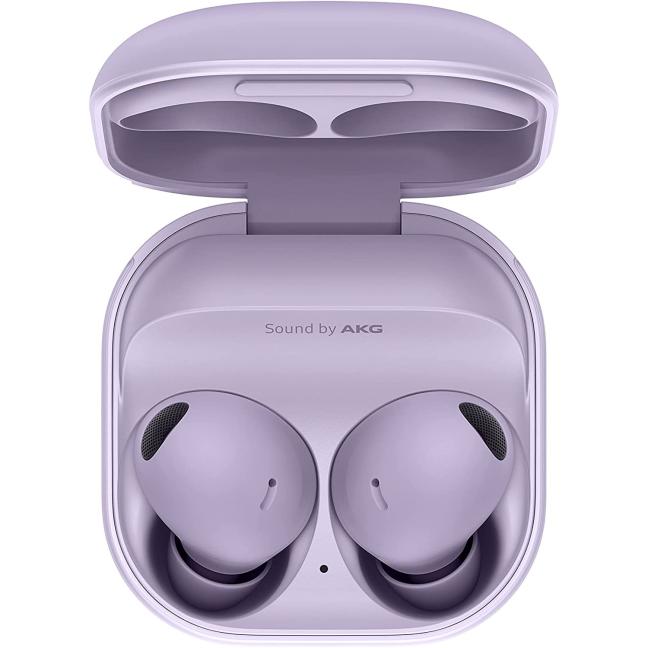 We were also impressed by the earbuds' capability to deliver full, nuanced bass and clear, detailed sounds. Their 360 audio is much more immersive than the first Pro's, as well, thanks to their virtual 5.1- and 7.1-channel arrangements. Samsung also claims that the newer Pro's active noise cancellation feature is 40 percent better than the first, and we did find that the model can do a better job at blocking most environmental noise. While only the Bora Purple version is on sale for almost half the model's original price, the white and black versions are also available for $200 or $30 less than retail.

In case you're looking to buy earbuds even cheaper than $125, though, Samsung's Galaxy Buds 2 are also on sale right now. You can get the Olive Green and Lavender variants for $90, which is an all-time low for the model that retails for $150. The Galaxy Buds 2 are also small and comfortable on the ears like Samsung's newer pro-tier earbuds, and they come with active noise cancellation, an adjustable ambient sound mode and wireless charging capability.