This is your chance to get one of Apple's more powerful tablets at a much better price than usual. Amazon is selling the 2022 iPad Air with 64GB of storage and WiFi for $500, or a full $100 off. That's an all-time low for all but one color variant of the tablet, and you'll see similar discounts for 256GB and cellular models. The sale makes it an easier choice if you want a wide range of features but would rather not splurge on the iPad Pro. 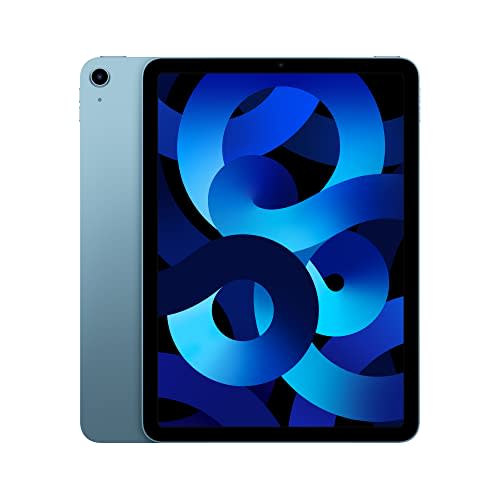 Apple's best mainstream tablet is down to one of its lowest prices yet, and that includes 256GB and cellular variants.
$500 at Amazon

The iPad Air M1 represents the sweet spot in Apple's current tablet lineup. It's still one of the fastest mobile tablets you can buy, with an excellent display and support for up-to-date peripherals like the Magic Keyboard and second-generation Pencil. Meld that with strong battery life and you'll have a device that should last a long time, even if you're using it as a creative tool.

There are limitations. The entry version's 64GB of storage is meager unless you primarily stream content or work in the cloud. The Magic Keyboard and Pencil are also expensive add-ons. And while the iPad Pro M2 is overkill for many users, you might miss its 120Hz display, the option of a larger 12.9-inch screen and the convenience of Face ID. The iPad Air is still Apple's most well-rounded slate — it's just not the absolute best.

If you don't need much more than the essentials, we'd note that the 64GB 10th-generation iPad is still on sale at Amazon for $399, with a matching $50 discount for the 256GB configuration. It's not as fast as the Air and only supports the first-generation Pencil (through a dongle, no less), but it's still very quick for everyday tasks. It even has a few advantages over other iPads, including a better-placed front camera and support for the well-made Magic Keyboard Folio. It's just a question of whether or not you're likely to appreciate the Air's feature upgrades.