Amazon has rolled out another round of discounts on its Fire TV media streamers ahead of Black Friday, which includes the entry-level Fire TV Stick Lite discounted to $15. While that isn't the best price we've ever tracked — the streaming stick dropped to $12 during Amazon's Prime Day sale this past July — it does match the lowest price we've seen otherwise. Amazon runs discounts on its streamer lineup fairly regularly, but the Fire TV Stick Lite typically drops to $20 during those sales, so this is a bit more savings than usual. 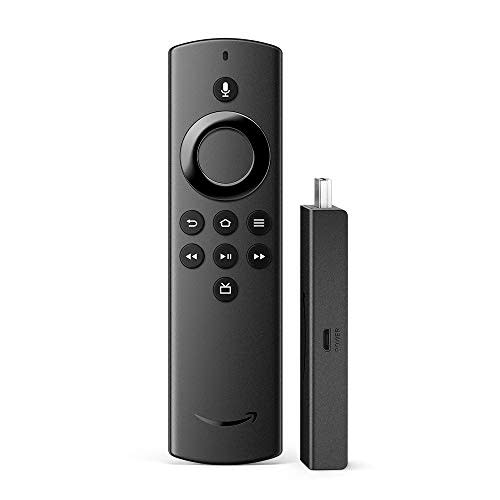 This deal comes within $3 of the lowest price we've tracked for the 1080p streaming stick.
$15 at Amazon

Elsewhere, the Fire TV Stick 4K and higher-power 4K Max are available for $25 and $35, respectively. Again, those are deals we've seen a few times in the past, but both prices still match the lowest we've tracked. The 1080p Fire TV Stick, meanwhile, is available for $20, which is $2 higher than its all-time low. We'll also note that the previous-generation Fire TV Cube is on sale for $60, which matches that streamer-meets-smart-speaker's all-time low, though Amazon recently launched an updated version of this device with a faster processor, a new HDMI input and WiFi 6E support. There's always a chance we see lower prices on Black Friday proper, though Amazon is currently promoting most of these offers as "early Black Friday deals."

If you can afford the step up, the Fire TV Stick 4K Max is the best of Amazon's streaming sticks, offering a slightly more powerful CPU and GPU than the Fire TV Stick 4K, as well as an extra 0.5GB of memory. All of that should keep it performing better in the long-term. It also has a WiFi 6 radio, if you have or ever plan to upgrade to a router that supports that. The Fire TV Stick 4K is still a solid alternative if you want to save a few bucks: It's physically identical to the 4K Max, has the same voice remote and still supports Dolby Vision, HDR10+ and HDR10, plus Dolby Atmos for audio. Like all Fire TV Sticks, it still works with just about all of the major streaming apps. It's just a bit less performant.

If you're shopping for an older TV or don't need 4K streaming, the Fire TV Stick Lite and base Fire TV Stick max out at a 1080p resolution but offer most of the essentials at a lower cost. They both run the same interface as the 4K models and work with HDR10, HDR10+ and HLG, though there's no Dolby Vision support, and they're both more prone to sluggishness when swapping between apps and Amazon's home screen. The main difference between the two is in the remote: The Fire TV Stick's has buttons for volume, mute, power, and app shortcuts, while the Fire TV Stick Lite's doesn't. The Fire TV Stick can also output Dolby Atmos audio to a compatible sound system. If you can live without those, though, the Lite is more or less the same streamer for a few bucks less.

With every Fire TV streamer, you still have to deal with an ad-heavy interface that heavily pushes you toward Amazon's own apps and services. Roku and Google still sell compelling alternatives around the same prices; the former offers a more straightforward UI, the latter has more comprehensive search and is better about proactively recommending shows you might like, and both give similar performance. If you prefer one of those platforms, we're still seeing deals on those devices as well: Roku's Streaming Stick 4K is currently on sale for $25, while Google's 1080p and 4K Chromecasts are down to $18 and $40, respectively. But Amazon's options still work well for casual streaming, and if you frequently use Alexa, Prime Video, and other Amazon services already — or want to sideload additional apps — they should provide good value at their current deal prices.